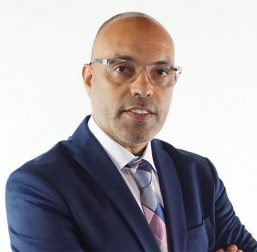 Hakim started his professional career as Branch Manager at GC Services between 1994 and 1996. He was hired as Director of Patient Financial Services at San Clemente Hospital in San Diego, California between 1996 to 1998 and Bayview Behavioural Campus between 1998 and 1999. He was appointed as Administrator and Chief Financial Officer at Synergy Clinical Research Center between 1999 and 2011, before being nominated as Co-Founder and Chief Executive Officer at TriWest Research Associate since 2009.

In 2017 Hakim was appointed President and CEO at ABT Medical Supply in San Diego and Imperial Counties.

Hakim has been serving as the treasurer of NAAMA San Diego Chapter for the past 12 years. He kept his professional ties with his native country Morocco by providing consulting services to the Moroccan Minister of Health research and development division.

Hakim, a proud husband and father currently lives in San Diego with his wife Laila and two sons Noah and Adam. He had played soccer for Raja Club Casablanca during his youth and he continues to enjoy playing the game with his boys when time allows.